On 12 March a splendid zelkova serrata was planted in the public gardens of St George’s Square in Pimlico in memory of Julian Maslinski, Chairman of the Trust. 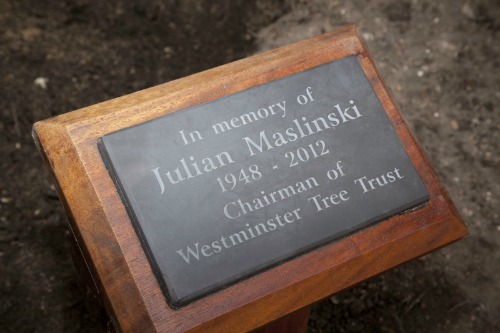 Addressing the gathering, Paul Akers praised Julian Maslinski’s tireless work for the environment in Westminster and said that this special tree was a fitting way of remembering a very special man, responsible for planting so many trees in the City.

The ceremony was attended by donors, trustees and friends of Julian. 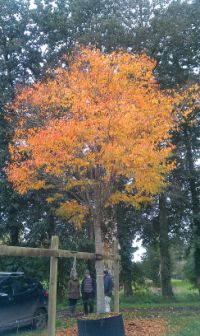 In the Autumn, the tree will turn a magnificent orange colour, livening up the Winter months. The tree was bought with funds raised in a memorial appeal and there are further plantings planned in North Westminster.

To read more about this unusual tree.

All the pictures of the ceremony courtesy of Paul Mellor.

This entry was posted in Tree planting. Bookmark the permalink.